By Christina Mayo, Special to The Miami Herald, SundayNovember 24, 2013


Everglades National Park volunteer Paula Baxter calls herself “another 70-year-old on an adventure.” For the past six years she has trekked through wilderness exploring the park’s beauty from the Anhinga Trail to Flamingo. She takes photos all along the way. 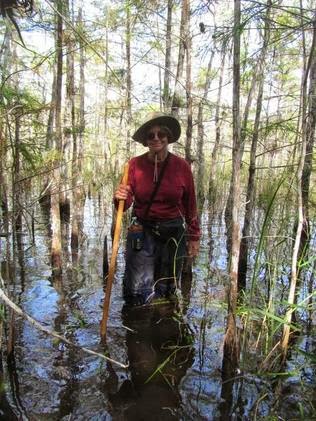 Baxter’s photo exhibit, her second since 2011, was on display Dec. 1-31 at the Ernest F. Coe Visitor Center Gallery in Everglades National Park.  She shared her finds of nature in photos as “a glimpse into the lives of (the park’s) creatures and the ecosystems they inhabit. Each is a testament to the need to preserve and protect this unique environment.” Baxter called her second show More Gifts From the Everglades. There was a “Meet the Artist” reception for her at the gallery on Dec. 15. “I am an amateur photographer, self taught, but it’s hard not to get good pictures with such beauty surrounding you,” she said.


The Ernest F. Coe Visitor Center Gallery has a mission “to educate, enhance and enrich the visitor’s understanding and esperience of Everglades National Park through quality Everglades’ specific exhibit; foster a unique opportunity for the future generations of Park stewards to learn about the Everglades.” Monthly exhibits there feature the work of artists, including students, of all ages.


By Christina Mayo, Special to The Miami Herald, Sunday November 24, 2013


Baxter also regularly volunteers at the visitor center, engaging visitors about things to do, where to go to see wildlife, and provide advice on photograhpy.  She also explores rarely visited areas of the park with park volunteers, Rick and Jean Seavey, who are on a mission to identify every lichen in Everglades National Park.  Read blog (New Lichen Publication Feb 20, 2014) to learn more about the Seaveys.

Battle for the Everglades: Vets Versus Pythons by ABC News 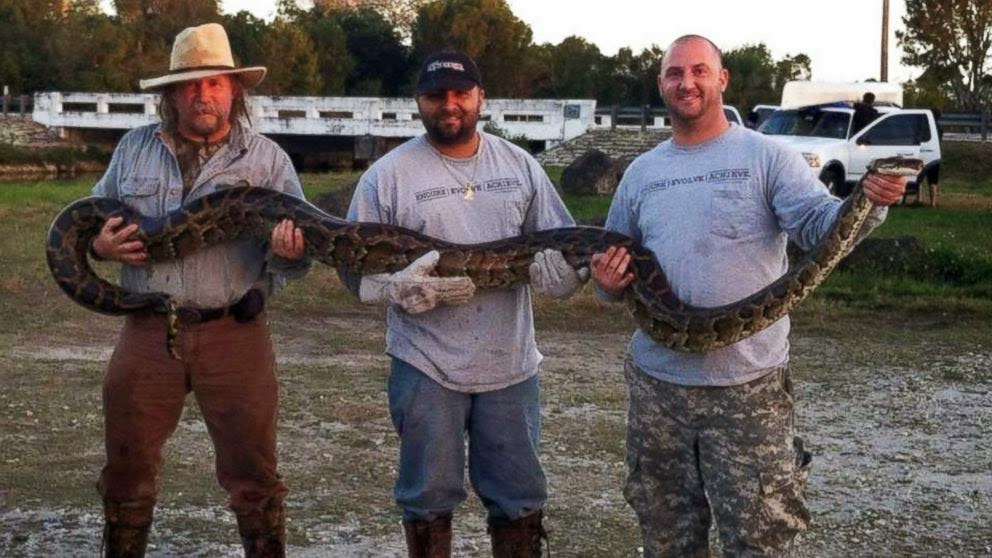 (MIAMI) -- In the Florida Everglades now, it’s vets-versus-pythons, as survivors of U.S. wars in Iraq and Afghanistan wrestle with a different kind of foe: lethal Burmese pythons.

While Everglades National Park does not permit hunting, it has authorized some 30 agents -- mostly private individuals -- to find and remove pythons, park spokesperson Linda Friar tells ABC News. The snakes, which are not native to the park, are rapidly gobbling up small mammals, thereby reducing the number of species present, say wildlife experts.

One agent, says Friar, is Tom Rahill, 57, a U.S. vet who six years ago founded Swamp Apes, an outfit dedicated to helping other vets get over their residual war trauma by spending time in the wild. Members of the group, he tells ABC News, volunteer to remove trash and invasive species from the park.

This article was produced by ABC News
June 11, 2014 By ALAN FARNHAM via Good Morning America
To read the whole article, visit this link.
http://abcnews.go.com/US/war-veterans-versus-pythons-florida-everglades/story?id=24058051
Posted by Unknown at 7:00 AM No comments:

Artists in Residence in the Everglades (AIRIE) is a program that offers artists the opportunity to live and work in Everglades National Park.

art loft is a weekly 30-minute art program that showcases local and national artists, openings, installations, performances, and art organizations that are positioning South Florida as an emerging leader in the world of art. art loft is designed to be a collaboration between WPBT2, local artists, producers and other PBS stations around the country.

For the artists...art loft is South Florida’s largest stage. The show propels their life’s work into every home with a television. It gives a voice and a home to the artists.

In July 2013, art loft had the chance to spend sometime with Harumi Abe, a Hollywood artist, during her AIRIE month in residence. Take a look into the AIRIE residency and Abe's experiences.

Published on Aug 15, 2013
Japanese visual artist Harumi is spending a month in the Everglades. She is using her experience to create pieces that remind her of home, as well as the places that fire up her creativity.

To learn more about Harumi Abe, see blog 7/11/13 Hurricanes, Mosquitos, and an Artist, Oh My!
Posted by Unknown at 7:00 AM No comments:

“A” is for AIRIE, August, and Animator.

Karl Staven will join us this month from Philadelphia.


“As an animator, I tend to look at time in a different fashion than many,” explains Staven. “Space and time are infinitely divisible or expandable with animation. Each second of screen time can take from 1 to 48 separate images to exist and seconds, minutes,


hours, days or more can elapse between the creation of one image to the next. Decades can be compressed into seconds and seconds can expand into hours.” 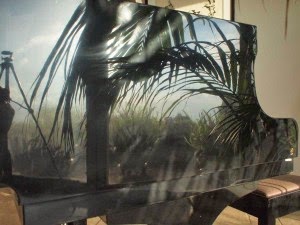 Staven intends to create a variety of animated photographic explorations of various environments available in Everglades National Park; possibilities include:


A. Photographing biological specimens to find patterns in shapes, colors and texture (for example, multiple pictures of many mangrove root patterns as they arc down into water or land can be lined up by size or shape to create an organic movement over time);


B. Exploring space from the level of a creature 6 inches high with the ability to have a small human embodying the point of view


C. A time lapse journey along major or minor trails with short visual explorations of interesting environments/fauna along the route


Learn more about Karl Staven at www.airie.org
Posted by Unknown at 7:00 AM No comments: